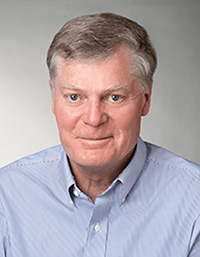 Terry Phinney has a history of helping privately owned companies become more successful. His deep experience in organizational dynamics has led to a broad management approach that unlocks and improves an organization’s capability to drive growth and profitability. With his assistance and guidance, Terry’s clients become better positioned, competitive and self- reliant.

For over 25 years, Terry has led clients to pragmatic solutions utilizing his experiences as both change agent and a line executive in sales, operations, HR, and IT. Terry began his career as an acquisition and divestiture specialist for The Bankers Trust Company in New York. He then transitioned into general business consultation providing restructuring and operational improvement services to both manufacturing and service companies in the Fortune 500.

During his years with Hewitt Associates in New York, Terry advised clients on assessing, leveraging and rewarding their human capital. At a major process improvement firm, he led client cross functional, reengineering teams and was accountable for achieving significant operational and productivity results.

Over the years, a number of Terry’s clients have hired him as an interim executive with the objective of transforming their company into a more vibrant and competitive organization. One example is Benjamin Moore and Company, a major, family owned paint manufacturing client, which hired Terry as a senior change agent and Vice President of Human Resources to revitalize its business and address family succession issues. Terry’s leadership and restructuring guidance was an integral part of this company’s successful $1 Billion sale to Berkshire Hathaway.

Hollingsworth and Vose, a middle market manufacturing client producing specialty papers, and nonwovens hired Terry to assess and redesign its customer facing processes. As the Customer Focus Leader and CIO, Terry improved the “end to end” supply chain and implemented a new technology platform enabling the company to compete effectively on a global basis.

In the technology sector, Terry was engaged to revitalize a middle market system consulting firm. Terry’s tough but fair approach as Acting COO, allowed the company to survive and grow in the downdraft that collapsed many of the firm’s competitors.

As part of a Board directive, Terry was engaged to provide leadership to a Tech start up in the video compression space. He successfully focused the company, enabling it to continue its funding while bringing an important working prototype to market.

Most recently, Terry has served as Interim CEO for a third-generation family owned cold storage company facing succession and profitability challenges. Over a three-year period, Terry restructured the management team and improved client processes and pricing, integrating them with capacity planning to drive sustained profitability.

Terry holds an AB from Harvard College and an MBA from Columbia University’s Graduate School of Business Administration. He serves on the Boards of several family owned firms and is active in the Family Firm Institute and the Exit Planning Exchange.

Background Many years ago, a CEO inherited a major New England distribution company from his father. The company had a good location and capitalized on emerging industry trends. The father also created several other companies in diverse industries as he was the entrepreneur of the family. When he died, through a series of family deaths […]

This past Thanksgiving was at my childhood home in Connecticut. My father lives there. He built the house over 60 years ago and he is not leaving anytime soon. He is in his 90’s and he knows every part of the house, by heart. Nothing has changed over the years. It doesn’t need to. Things […]